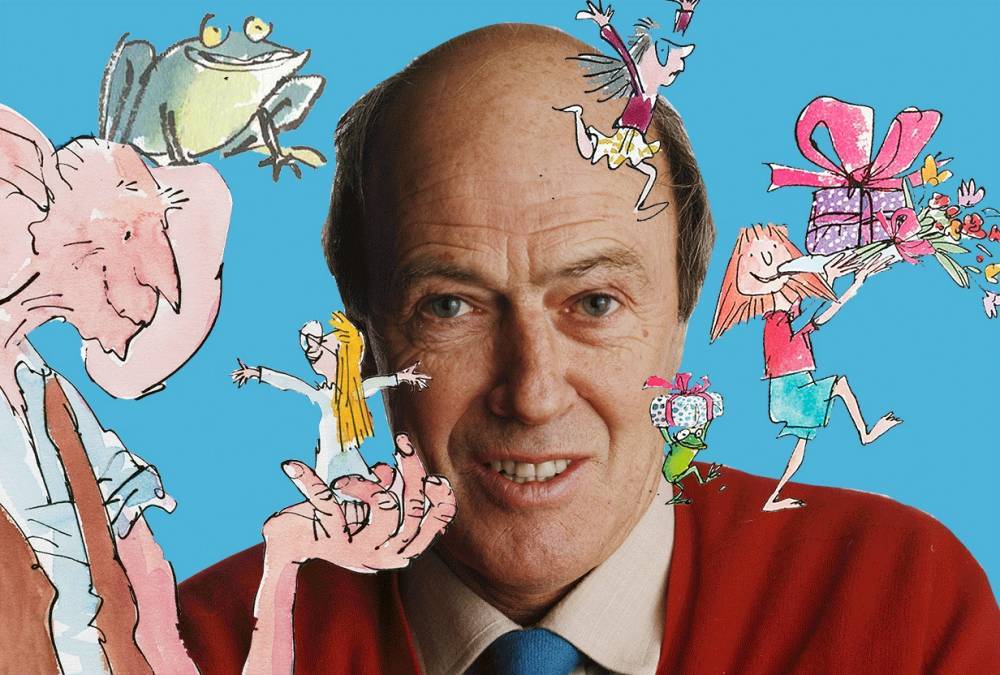 My favourite month is my birthday month (DOB: 17 September)!

In honour of the legendary author, Roald Dahl, all of September has been declared Roald Dahl month. In honour of me, I’ve created a Spring Sale on Teepees for September.

September is my favourite month of the year. I love the new green colours and spring blossoms. I love that it’s not too hot. I love that my twins were born in September and it’s my birthday too. It’s a month to celebrate.

When it comes to novels written for kids featuring characters who are kids, Roald Dahl ranks among the best of the best.

Here is a list, compiled by Barnes and Noble, ranking some of his books for children, from least best (but still wonderful) to most wonderful of all. (They didn’t include any of those silly ones he wrote for grownups here.)

The Magic Finger (1964)
Sometimes it takes a writer a while to find their voice. That’s certainly the case with Dahl’s The Magic Finger. It’s a well-meaning if didactic morality tale that serves as a sweet taste of the fun that’s to come. It concerns the Greggs, a family of duck hunters, and the girl next door who simply won’t have that. Unfortunately for the family of hunters, the girl has a magic finger, and when she gets fed up after one of their hunting trips, it acts up and turns the Greggs into ducks themselves.

George’s Marvelous Medicine (1981)
A sharp kid named George tries to get revenge on his mean grandmother by replacing her medicine with a concoction of his own making, a mixture of toiletries, floor polish, horseradish, gin, pet meds, antifreeze, and brown paint. He gives it to his grandma, and instead of, you know, killing her, it makes her grow into a giant. George’s parents get so excited, they have him feed it to their chickens. Another medicine shrinks the grandmother into nothingness, and…yeah, kids, don’t try this at home.

The Giraffe and the Pelly and Me (1985)
Dahl always knew what kids wanted, from both life and books: candy. Lots and lots of candy. This story is about a little boy who teams up with a giraffe and a pelican (the pelly) to start a window-cleaning company, which he parlays—along with some bouts of heroism—into a shot at running his own candy store. (And yes, the book itself is actually quite delicious.)

The Twits (1980)
Reportedly inspired by his deep hatred and mistrust of beards—Dahl would’ve despised Portland—The Twits is about one of those old couples who have been together so long they both hate each other and couldn’t live without each other. They’re gross, disgusting, ugly people filled with ugly thoughts and feelings who spend their time playing cruel pranks on each other and tormenting birds, until one day they’re finally outwitted by Muggle-Wump, a kind monkey and his family. It’s a gritty, almost Seussian fairy tale in which the good guys and bad guys are clearly defined, and all that’s supposed to happen does.

The Enormous Crocodile (1978)
A book about standing up to bullies and giving them a taste of their own medicine. The titular animal is a right nasty fellow, the kind of guy who eats children and brags about it. But his tormenting ways are about to be over, when the other animals conspire to trap him and then literally throw him into the sun. Yeah, that’s what you get, Enormous Crocodile!

The Minpins (1991)
This marks Dahl’s final published children’s book, going to print a few months after his death in November 1990. And it’s the book Dahl should have published long earlier, because it’s a straight-up fairy forest adventure we all knew he had in him. A proto-Spiderwick Chronicles, it’s about a little boy named Billy who is forbidden from hanging out in the Forest of Sin, which just so happens to be in the backyard, what with all of the Hornswogglers, Snozzwanglers, Whangdoodles, and other Dahltastically named creatures said to live back there. Billy goes, of course, especially since the actual Devil tricks him into it, promising scores of wild strawberries. What boy can say no to forest adventures and wild strawberries? Or an alliance with the fantastical Minpins?

The BFG (1982)
This book is as friendly, gentle, and playful as its title character—“BFG” stands for “big friendly giant.” It’s about how the things we ought to fear at first sight are nothing to fear at all, and how everybody has a bit of humanity in them, as well as a story to tell. Sophie is an orphan who late one night spots a giant, and follows him to his giant cave. She fears she’ll be eaten, but the BFG explains that he’s, like, the only giant who doesn’t eat people. A fast, tender, and unlikely friendship develops, one that fuels a story turn nobody saw coming: Sophie and the BFG get the Queen on board for a huge plan to catch all the bad giants.

Esio Trot (1990)
It’s like a romantic comedy meets Three’s Company…for kids! A tenant of a normal-seeming contemporary apartment building, lonely old Mr. Hoppy, is in love with downstairs neighbour Mrs. Silver, but she’s too focused on her pet tortoise, Alfie, for romance. Alfie won’t grow, and Mrs. Silver doesn’t know why…so Mr. Hoppy buys a series of tortoises of increasingly larger size to make Mrs. Silver happy. And, because this is a romance, these bizarre, outsized gestures actually work. Take note, kids: If you love somebody, buy them turtles. (BTW: “Esio Trot” is an anagram of “tortoise.”)

James and the Giant Peach (1961)
Where would children’s literature, especially British literature, be without the gift of orphans? So many orphans! It’s a nice literary device that gets a kid away from the confines of home and safety and on to doing things like, well, traveling the world inside a giant peach. After rhinos eat his parents (it happens), James goes to live with his mean aunts, until a Jack and the Beanstalk–type situation emerges, producing a house-sized peach. James foils the aunts’ plans to make a buck off the thing (as adults do) and heads inside it, where he meets a bunch of friendly insects. One of them cuts the peach away, and the whole gang is off and running, inside the peach, on a fantastical adventure.

Fantastic Mr. Fox (1970)
We humans may have an affinity for foxes because while they look like a cross between our beloved dogs and cats, and they’re as clever and crafty as we like to think we are. None is more clever and charismatic than Mr. Fox himself, a family man who provides by stealing from local farmers Boggis, Bunce, and Bean. The farmers devise a plan to starve him out, but Mr. Fox, like you, young reader, is far too clever to just give up. A story so timeless it was adapted smoothly into a cool, stylish, and timeless Wes Anderson movie

Matilda (1988)
This is perhaps the most definitive Roald Dahl novel in that it’s about a pure-hearted, special child whose gifts go unnoticed by the evil and wretchedly awful adults around her…until she rises up in rebellion. Matilda Wormwood uses her superpowers to take on wicked headmistress Miss Trunchbull (not to mention her horrible family), finding the parental love she so needs and wants from an unlikely source.

The Witches (1983)
Part of Dahl’s enormous, enduring appeal to children is that he doesn’t shield them from the world—he doesn’t sugar-coat its evils, but rather uses metaphors to help kids understand all the bad that’s out to get them, which they of course find irresistible. Of course, it helps when his protagonists are tough, brave kids who get things done. This is the kind of story Dahl excels at telling, and The Witches is a perfect example. With some obvious parallels to history and politics, it focuses on one boy’s attempts to take down a truly evil international syndicate of child-hating, child-killing witches. Unlike other kids vs. adults tales in the Dahl canon, however, The Witches has a shocking, unfair ending. Hey, sometimes life is like that, kids.

Charlie and the Chocolate Factory (1964)
Like Matilda, this one features a child in peril whose patience, perseverance, and steadfast commitment to being his true self serves allows him to get justice and rewards in the end. But Charlie and the Chocolate Factory is just a little bit better than Matilda because it’s such a feast for the brain. It’s one set piece after another when Charlie finally ditches his gray London life for the technicolor world of pure imagination of Willy Wonka’s mysterious, bizarre, and vaguely menacing chocolate factory. Both film adaptations do a good job visualizing the factory, but nothing can do it as well as the eye of a child’s mind.

So lets raise our glasses, and give three cheers to all my favourite humans born in my favourite month of the year, September!

In honour of Roald Dahl and my birthday, I’ve created a Spring Special Sale on teepees for September. You can also check me out on Jozikids.