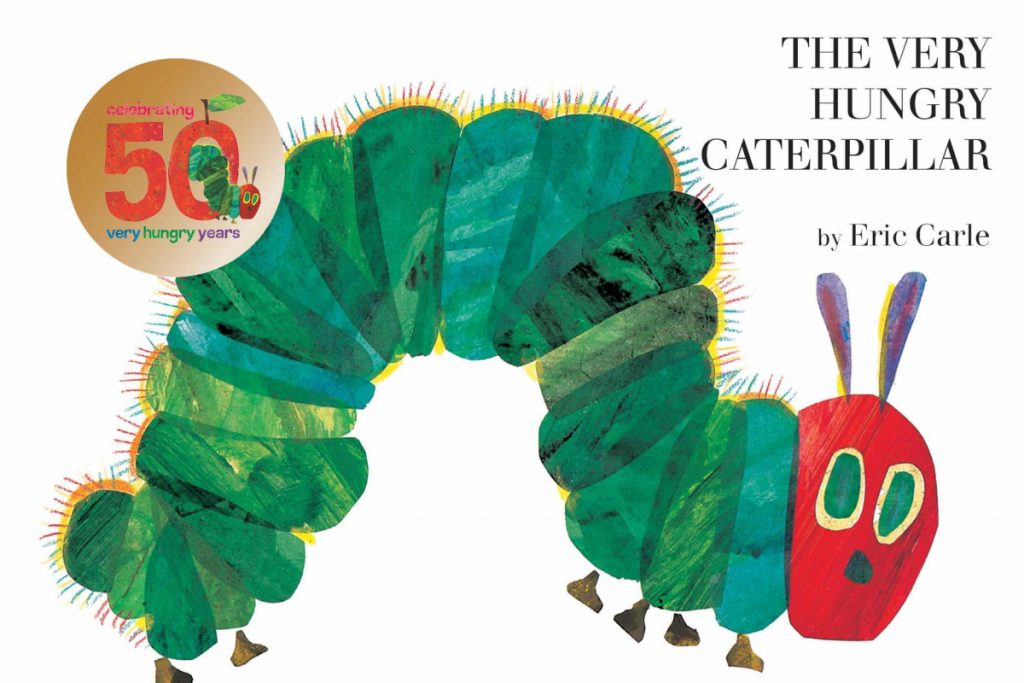 It’s Eric Carle‘s birthday today (25 June 1929). He is an American children’s author and illustrator. He is best known for his book, The Very Hungry Caterpillar.

When he was six his family returned to Germany, where he went to school and he later graduated from a local art school. In 1952 he returned to New York City and had only $40 in his pocket. He worked as a graphic designer for the New York Times and later as an art director for an ad agency before being noticed by Bill Martin Jr., an author who asked Eric to work on the book Brown Bear, Brown bear, What Do You See. The book became a best-seller and Eric Carle’s career as a children’s author/illustrator began.

He has been writing and illustrating some of the best children’s books in the world. His wonderful lyrical and visual masterpieces have been helping children all over the world fall in love with reading.

Eric Carle’s children’s books are often inspired by nature, and are educational, but also identify with a child’s feelings, creativity, and natural inquisitiveness. His distinctive illustration style includes collage using hand painted papers. He uses the hand-painted paper and cut-out shapes, that he then layers into images. The result is images that are cheerful, colourful, and characters that appear full of energy. Combining these beloved characters with simple phrasing that is often easy for young children to memorise, has made him a beloved and bestselling author of picture books for the last six decades.

His best known work is the 1969 book, The Very Hungry Caterpillar, which by 2018 had sold some 50 million copies and had been translated into more than 60 languages.

Eric Carle was awarded the Laura Ingalls Wilder Award for his contribution to children’s literature in the United States in 2000.

He has been awarded Honorary Degrees from Smith College, Bates College, Niagara University, College of Our Lady the Elms and Appalachian State University. Eric Carle has won numerous awards for specific books including the prestigious First Prize for Picture Books from the International Children’s Book Fair in Bologna, Italy.

He is definitely one of my favourite authors.

Happy Birthday, Mr. Eric Carle! Thank you for all your works of art that families adore and cherish.